Whether you are rusty or just a 50 something that  wants to take a few lessons then call and make an appointment. The time we spend together could make a difference in your playing. 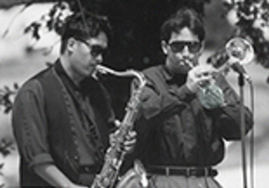 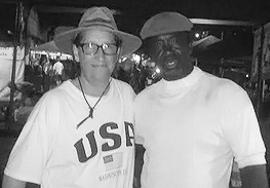 Renato Caranto and Kristian Woods play together for a live performance in Salem Oregon. Onlookers said the performance was top-notch, Caranto is now the primary sax player for Merle Haggard.

Kristian Woods and Terry "Harmonica" Bean take a moment to pose for the camera at Portland's Waterfront Blues Festival. Terry is an internationally recognized blues artist.

Kristian Woods owes much gratitude for the valuable experiences on stage with the late Jimmy Cheatham and his lovely wife Jeannie. Woods gives strong Kudos to the late composer and pianist, Calvin Jackson. Kristian admired the man, and fondly remembers the times they spent together at the Cheatham jam sessions. On those nights, Calvin Jackson, would often sit with Kristian and share stories of the way things used to be.

Kristian's Influences would not be complete without  Leroy Vinnegar, Mel Brown, Ron Steen, Ralph Black, Paulette Davis, Glenn Lane, and many others that he shared the evening hours with.

Kristian Woods' first teacher was a Mr. Lloyd Bader. "Bless his dear soul," said Kristian. "He was a good teacher, too." As a young boy, Kristian played alongside Lloyd Bader and his Hammond Organ, and they entertained throngs of old folks at the senior centers, and for gatherings at the Elks Lodge. Songs like: Harbor Lights, Five-Foot-Two, Dinah, and Dream. Kristian was quiet and reflected... "The world has moved on and forgotten about great teachers like Lloyd Bader, but I never will." All of the afore mentioned musicians have touched Kristian's life in some way, and he says it's important to acknowledge them and to grasp the ephemerality of life.
Bandmix
Courtesy of kristianwods.com in Portland music instruction in Portland         kristianherlofson.com Trumpet player 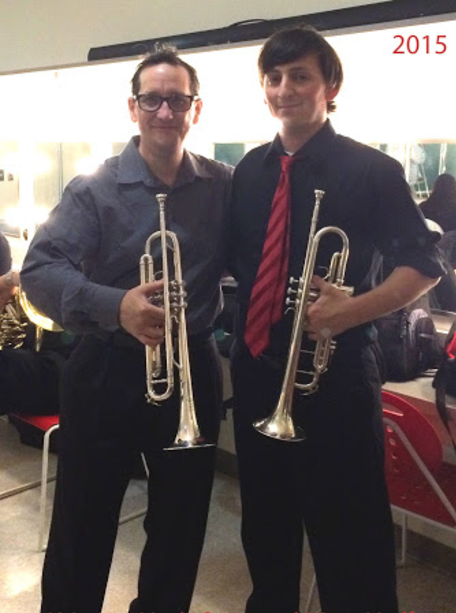